I am finishing up my homestay in Obu this morning, and although I was a little anxious about the experience at first, the last two days have been absolutely amazing with my host family; I will be sad to leave them in a few hours. But first, let me back track to our last two days in Tokyo. I will write about my homestay experience in a post to follow this one.

War memory and commemoration are two of my big interestes, so needless to say, I found visiting the Yasukuni Shrine in Tokyo to be among the more interesting sites on the tour thus far.

Founded in 1869 as a Shinto shrine, the purpose was to honor Japanese soldiers who had lost their lives toppling the Tokigawa government; a religious (Shinto) shrine to honor the war dead. The shrine has become a place to honor all Japanese war dead, including those Koreans and Chinese who were perhaps forced to fight on the side of the Japanese during World War II. This has presented a controversy after 1978, when a shinto priest secretly ensrhined all Japanese war dead, including those found guilty of Class A war crimes from World War II. As a result, other countries now criticize Japanese prime ministers or government officials who visit the shrine, because, as Regina explained in her presentation to us, Shintoism promotes the idea that to enshrine someone is to exonerate them from deeds they may have committed while in this world.

Another unique component to visiting this shrine is the fact that there is a war musuem, called Yushukan, located on the same grounds. This really blew my mind; how can you have a place that is religous and sacred right next to a war musuem that very blatantly celebrates Japanese imperialism and romanticizes militarism. Fortunately, the musuem does not represent the majority of Japanese, but rather, a small, conservative element within Japan.

After visiting the Yasukuni Shrine and Yushukan War Museume, Vikas and I led everyone via Jrail to Harajuku, where we had lunch, then visited the famed Takeshita fashion street. 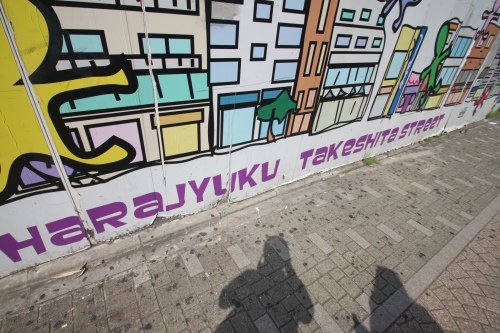 That afternoon and evening, we were given free time with the plans of having dinner in the small, stand -up bars in Ebisu, then heading over to Shibuya for some Karaoke. While the night did not turn out as planned, it was still fun. First, after enjoying some wine in a little micro-bar in Ebisu, we found a small restaurant which served us squid testicles in intestine sauce, washed down with hot sake.

Unfortunately, we coulnd't stay here long; we had made plans to meet Kazuko by 9pm in the Shibuya area for some Karaoke. Shibuya is the Tokyo that most people think of when picturing this city; bright neon lights, tons of restaurants and stores, and a young, vibrant crowd roaming the streets.

Unable to find the designated Karaoke bar we had planned, we grabbed some Italian food, (Tokyo has some of the best), and headed back to the hotel to set our alarms for 3am.

Slowly rising out of bed, all of us met in the lobby at 3:30am to head out to the famous Tsukiji Fish Market to watch the live auction of Tuna; an experience not to be missed when visiting Tokyo. After waiting in a non-descript room for almost two hours, (they only let in the first 120 people so you have to arrive early), we were directed into the market to watch the inspection and auctioning of the fish. Very cool!

After watching the auction, Kazuko and Jeff found us a small little restaurant serving fresh tuna for breakfast. I've never had sushi that fresh before; it was absolutely delicious!

After a yummy breakfast, Kazuko led us around the block from the market to visit the local shrine for the fishermen. 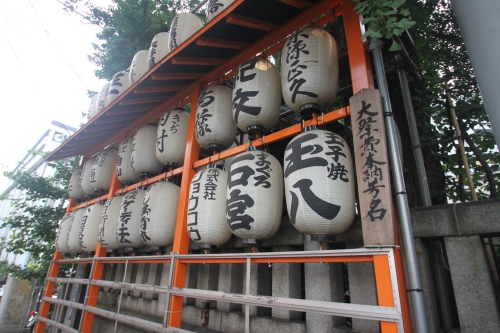 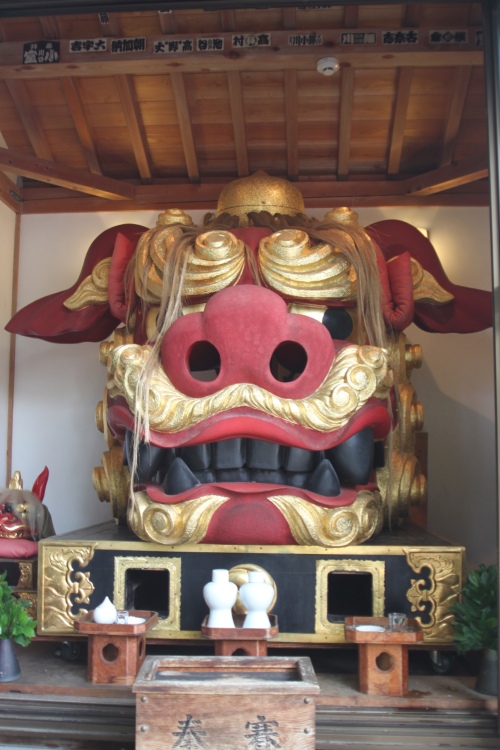 It was only 8am and already it felt like it was the afternoon; not a good sign being we were schedule to travel by train to Obu later that day and formally meet our host families, whom we would be staying with for 3 nights. But, as I mentioned earlier, that was a great experience too….